EPIC STRATEGY. HEROIC PROPORTIONS. Meet your enemies on the battlefield, and put your tactics to the test. Recruit, train and build your army to battle and conquer every opponent in this turn-based strategy game. Collect and recruit dozens of units to turn your regiments from a handful of militia into a steeled fighting force. Develop weapons and armor, and master game-changing abilities. Compete in intense PVP battles against the Warlords of Aternum community and climb to the top of the leaderboards. Do you have what it takes to become a true Warlord? JOIN THE FIGHT Take on the orc horde, roaming bandits and fellow warlords in intense turn-based PvE or PvP battles YOUR MOVE, YOUR VICTORY Make the right tactical decisions to dominate intense 3D animated combat on the hexagonal battlefield UNITE THE LAND Build your army from the ground up and forge powerful alliances ENHANCE YOUR TROOPS Upgrade legendary weapons, and unlock tide-turning special abilities DEFEND YOUR HOME March through dozens of shires and explore the fantasy land of Aternum DESTROY YOUR ENEMIES Hoist your banner at the top of the PVP leaderboards Warlords of Aternum is free to download and play, but it also allows you to purchase virtual items with real money inside the game. You can disable in-app purchases in your device’s settings. Warlords of Aternum requires internet access to play and access its social features. Warlords of Aternum may also contain advertising. General Terms and Conditions: https://legal.innogames.com/portal/en/agb Imprint: https://legal.innogames.com/portal/en/imprint Are you ready to join the fight? 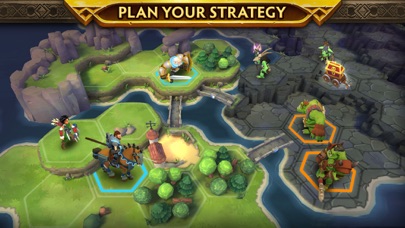 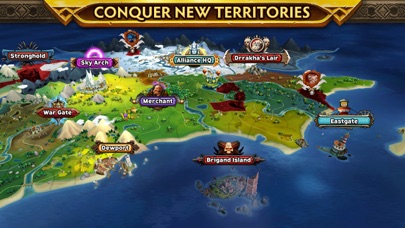 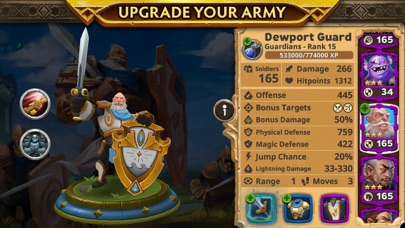 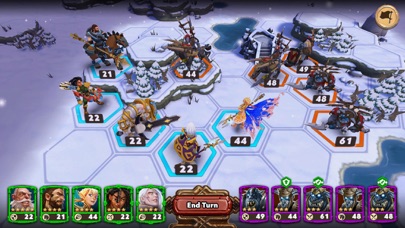