What is the life of an emperor? Is it a life of power, luxury or romance? Finally, updated with the new theme, the most trending role-playing game (RPG) Call me Emperor has officially been launched. In this game, you will experience the mysterious life of the Chinese emperor, recruit famous emperors to become your ministers and marry enticing beauties all over the world! Besides, there are many interesting in-game events with oriental features provided from time to time! GAME FEATURES: Experience the Mysterious Life of the Chinese Emperor In this game, you would become either an emperor or an empress of the Chinese Qing Dynasty, govern your country, marry enticing beauties, raise your offspring, train your army and forge diplomatic ties with many countries! All are contributed to build a magnificent empire and become a mighty emperor! Recruit Famous Emperors Worldwide to Become Your Ministers Columbus, Augustus, King Arthur, and many other medieval famous emperors and Chinese emperors are all available in this game. You may recruit them to become your ministers and work together to rise to greatness! Marry Enticing Beauties from all over the World As an emperor, you may not only marry Chinese beauties and summon them in your harem, but also travel to encounter more belles around the world and bring them back to your palace. Disguise Yourself and Enjoy Life outside Your Palace Tour the country incognito. You can decide where to go by simply rolling the dice. There is a chance to encounter enticing beauties across the world and marry them. Train Your Offspring to Become Excellent Heir Once your babies come, you have to name them, educate them and train them to become excellent prince or princess and pick one of them to be the heir to the throne. Royal Marriages and Extended Social Interactions When your children grow up, you can seek marriages for them throughout the world channel. The best way to make alliances is with marriage. Beauties Compete to Win Your Favor To win your favor, beauties will attend different banquets and compete in four rounds of competition to decide the best. Epic Alliance Battles Ally with different players worldwide and work out strategies together to win the epic alliance war! To attack or to defend, that all depends on you! Imperial Hunts Appoint ministers to participate in Imperial Hunts. With simple operation, you can command ministers to hunt and kill wild animals during imperial hunts. Academy to Enhance Your Ministers’ Skills Regardless of age, all your ministers can attend school for further studies. After they finish their studies, their skills will be improved. Come on! Write your own empire story, start a new chapter in your life now! ————Contact Us———— Email: [email protected] Join the Call Me Emperor community and learn more about the game:  Facebook Page: https://www.facebook.com/Call-Me-Emperor-305795880132631/ Facebook Group: https://www.facebook.com/groups/250442015834979/ Twitter：https://twitter.com/Coll_Me_Emperor Discord: https://discord.gg/FGDuCKv 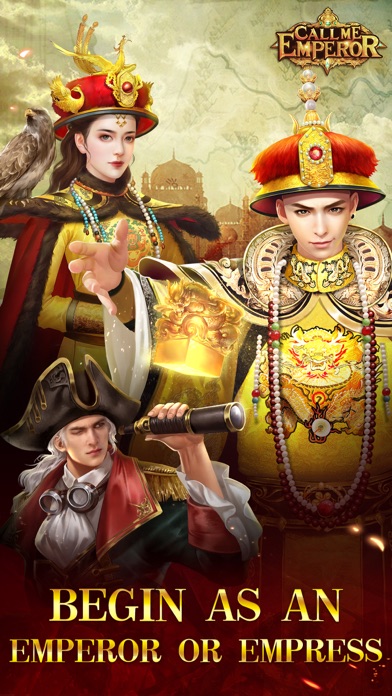 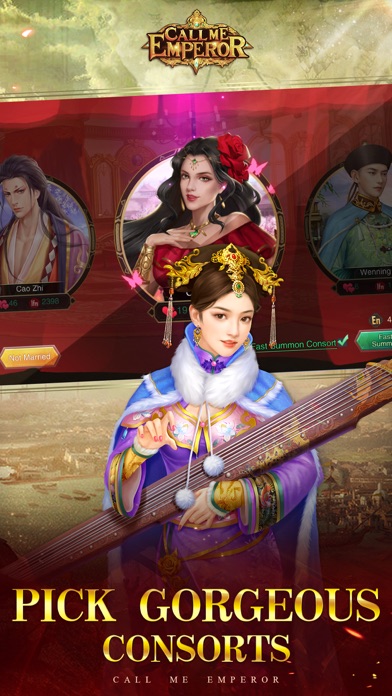 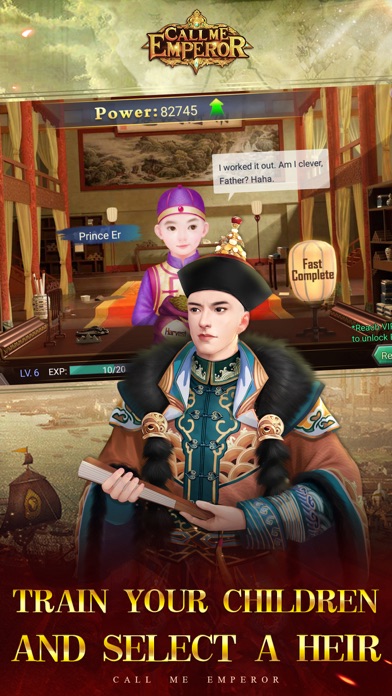 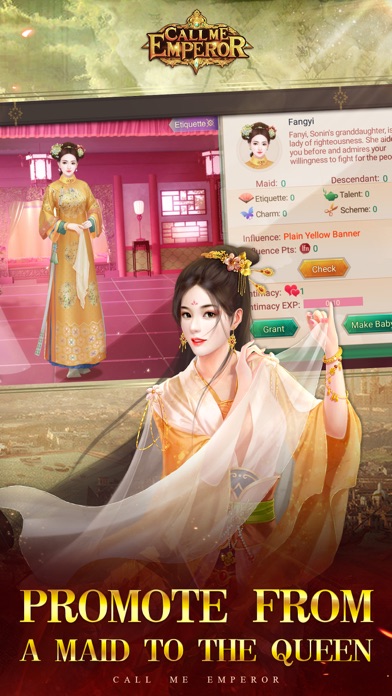 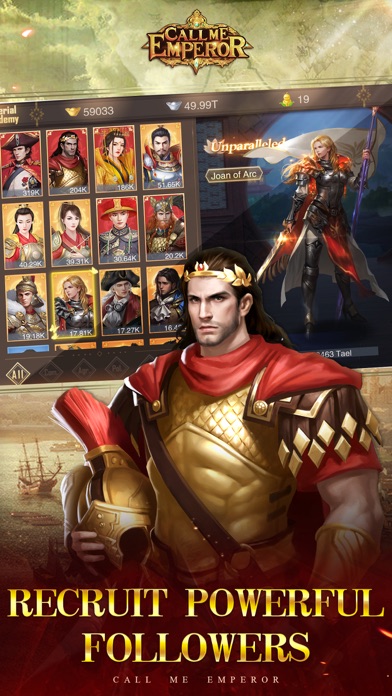 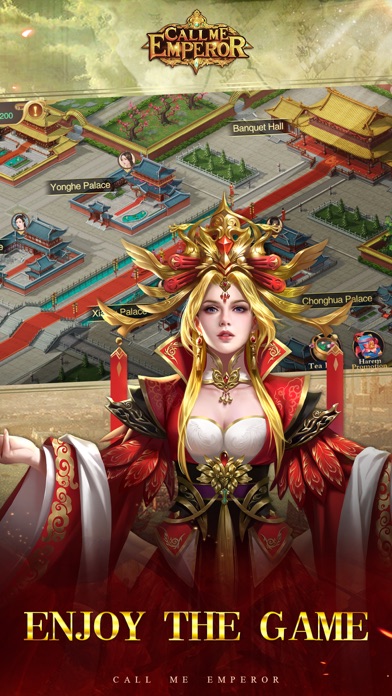