And they shall know NO FEAR! Warhammer 40,000: Lost Crusade is an online MMO strategy mobile game in which the player takes on the role of a Fleet Commander to wage war on all enemies within the Imperium Nihilus. Lost Crusade brings Warhammer 40,000 to life for mobile players with stunning visuals and an immersive universe to explore. Keen tactics and skill are both required to master the grand strategy mechanics and real-time PVE combat featured in the first Warhammer 40,000 mobile game of its kind. ***Features*** #Official IP# Officially licensed by Games Workshop, experience the Indomitus Crusade in an all new story filled with characters, details and lore that fans of the 40k franchise will love. #Recruit And Upgrade# As a commander of the Primaris Space Marines, upgrade troops by unlocking new abilities and technology through intense PvE & PVP combat. Recruit classic heroes in Warhammer 40,000 with unique abilities and playstyles to fight for the fleet. #Strategic Battles# Take control in real-time tactical combat, strategically place your troops, call on hero abilities, and summon reinforcements at critical moments to fight against the forces of Chaos. #Real-time PvE Combat# Unleash an array of devastating hero skills on your enemies and call for reinforcements to eviscerate those that remain. It is only through the destruction of our enemies that we earn our salvation! #Star Map Exploration# Warhammer 40,000: Lost Crusade is set in a vast sector of the universe containing all the resources required to build an unassailable fleet capable of cleansing space of the Chaos, Drukhari, and Orks who dare to defy the Emperor’s glory! #Visual Excellence# Immersive and breathtaking visuals with stunning backdrops and detailed 3D unit models. Watch as the heroes, combat, AND environments come to life in front of you! #Alliance System# Rally your friends and allies, fight alongside each other and unleash the wrath of the Emperor on ALL who stand against you! #Contact Us# Want to know more？ Facebook: https://www.facebook.com/Warhammer40000LostCrusade Warhammer 40,000: Lost Crusade © Copyright Games Workshop Limited 2021 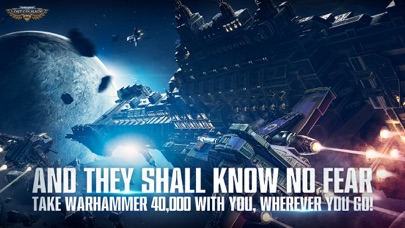 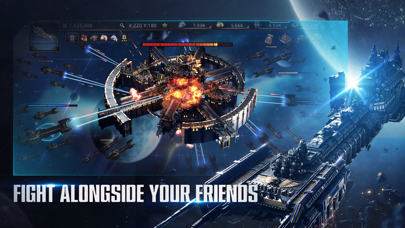 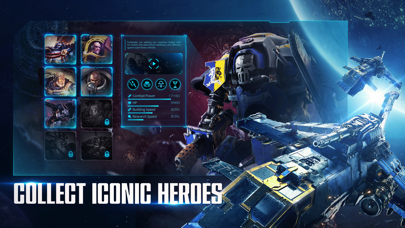 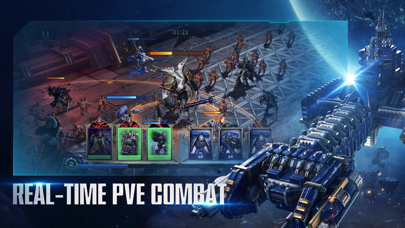